Dubbed as “twin cottages,” the Camp Cabins are in fact owned by identical twins, Miel and Darcy. The cabins are a creative expression of our adventure-loving eco-friendly family values.

Our goal is to create a family-friendly community-oriented beach retreat. We believe that nature is the best place to escape, and friendships deepen over marshmallows and sunsets. We want to create a place where memories become traditions. As premiere Lincoln city beach house rentals, we truly hope you’ll come to feel like the Camp Cabins are your own special place.

Darcy lives in Portland kids, Kieran, Makenna, & Teagan (13, 10 & 6.)  They are thrilled that their dream has become a reality, even though it has been a whole lot of work. Darcy keeps herself busy managing three kiddos. She also is certified Mama Bliss life coach, certified in Imagination Yoga, and loves helping busy moms create more bliss in their lives. She has three blogs: Darcy's Utopia, Sustainable Family Finances and West Coast Cronin Clan. 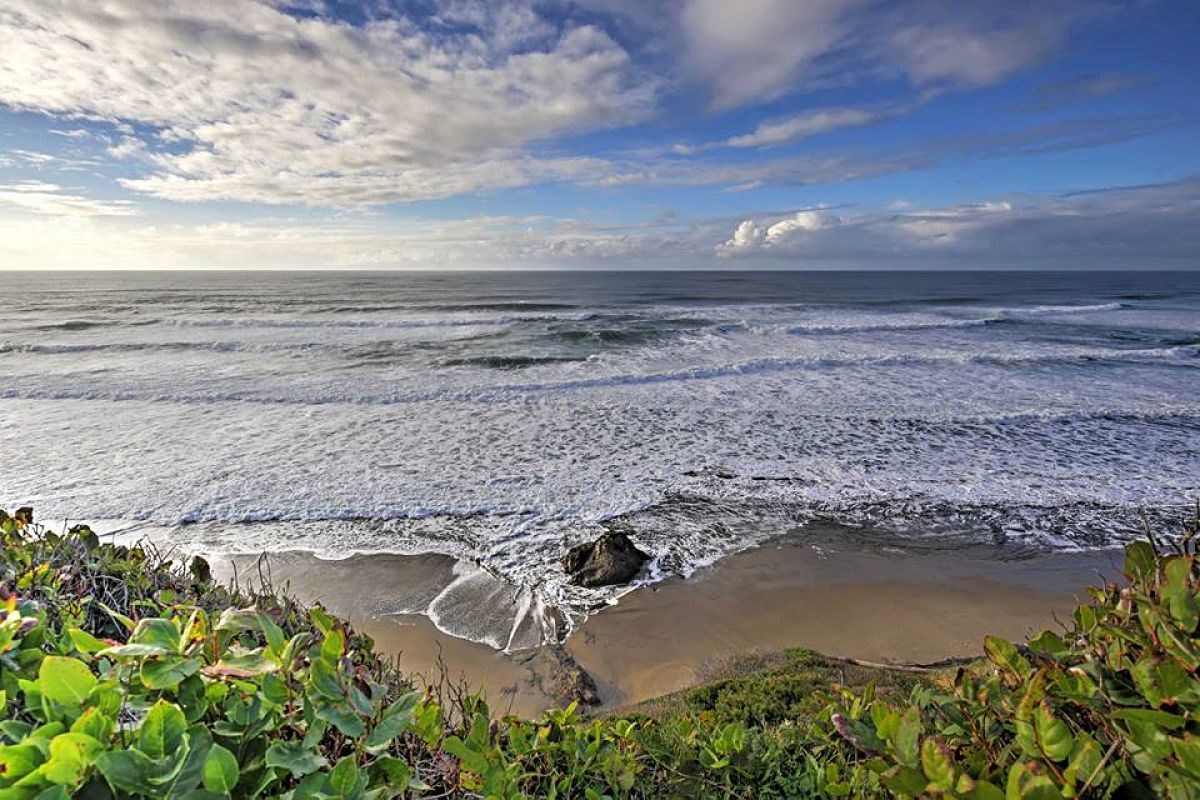 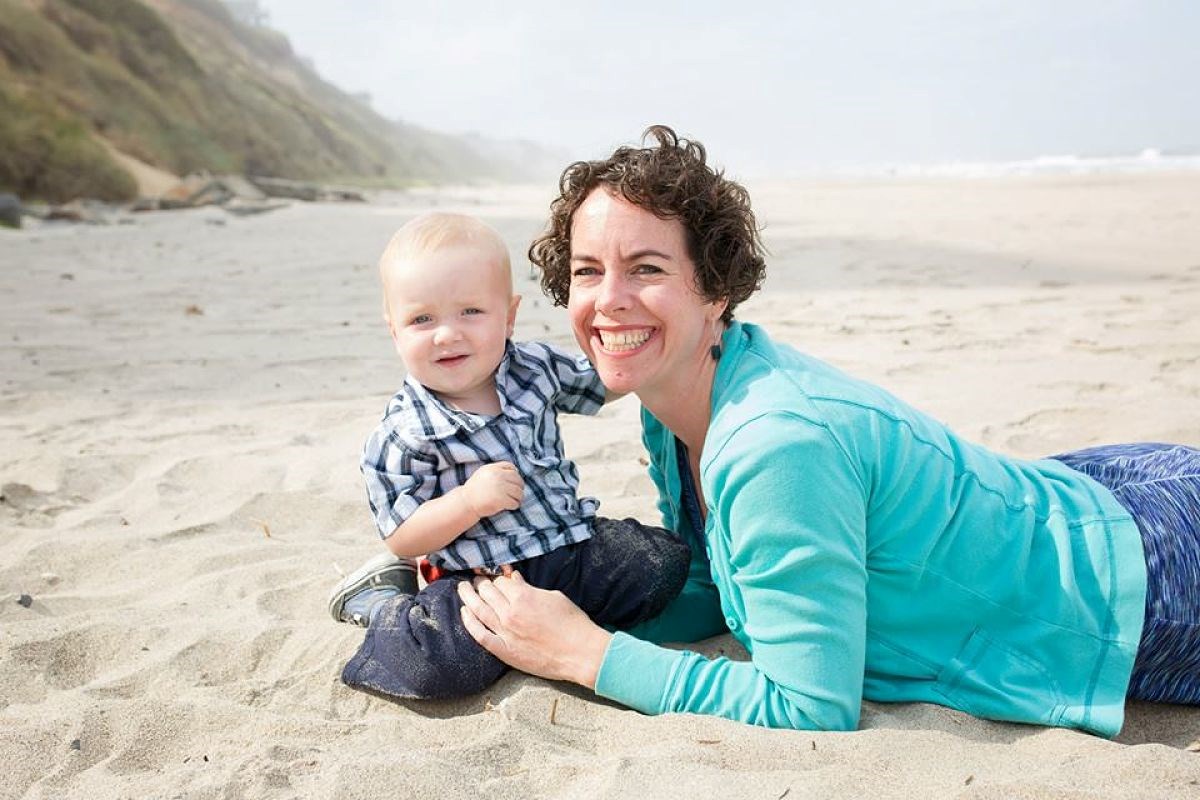 Miel lives in NE Portland with her husband, Adam, and sons Clark, now 5, and Ellis, 1 year and counting. Previously, Miel was most often been traveling the world for work and has been to 63 countries, many of them on multiple trips and longer exchanges. You can followed her adventures on her blog, Vicarious Nomad. Adam and Miel connected around international development work and both contribute to doing good in the world through supporting a variety of non-profits with fundraising and strategic planning consulting. Both Darcy and Miel have become active Rotary members, and enjoy giving back to the local and global community. Miel now owns and manages Sweet Haven, hosting other homes within Olivia Beach and beyond.

Our Aunt Carol is our blessed "gift investor." Without her support we quite literally couldn't have built these beach cabins. It didn't take long for us to convince her that our vision was worth the investment, and looking forward to "enjoying her money much more than she would with it sitting in the bank." Through the process of building the cabins over the past year, we've also spent more time than ever together, and it's been a joy to see her truly embrace the role of Grauntie Carol. The carriage house near the hot tub is permanently reserved for her and dubbed "Carol's Cottage" or CJ's.

As twins, we feel very lucky to be each others' best friend and to have a uniquely diverse extended family. Our formative years were spent off-the-grid in the mountains near the Rogue/Umpqua divide, and our hippie parents planted trees, fixed cars, and sewed all of our clothing. While growing up, we camped often during the summer and rented places on the coast during the off season. Family trips were typically spent with family friends, and we'd often rally 2-5 families for our excursions. Our mom followed the tide charts, and we’d have big crab feasts after a day at the Bandon docks.

Even though it rained nearly every spring break, we loved our beach trips. Darcy especially loved beach combing and became notorious for smuggling live sea stars, which soon stunk up the family car. In the fourth grade when Darcy first learned about plankton from Mr. A, she was hooked on learning about ocean life and the environment. She ended up studying marine biology in high school and college, and her favorite animal soon became an obscure gelatinous creature, the by-the-wind sailor, which sails across the ocean in colonies. While almost everything in the beach cabins are brand new, there's a throw blanket in the Wind Sailor's bedroom that was a gift from Darcy's Dad for Christmas when she was about 8-9 years old. She vividly remembers feeling very grown up by making such a gift request, and promised herself to keep it until she had a house of her own by the ocean...a dream that began over twenty-years ago. 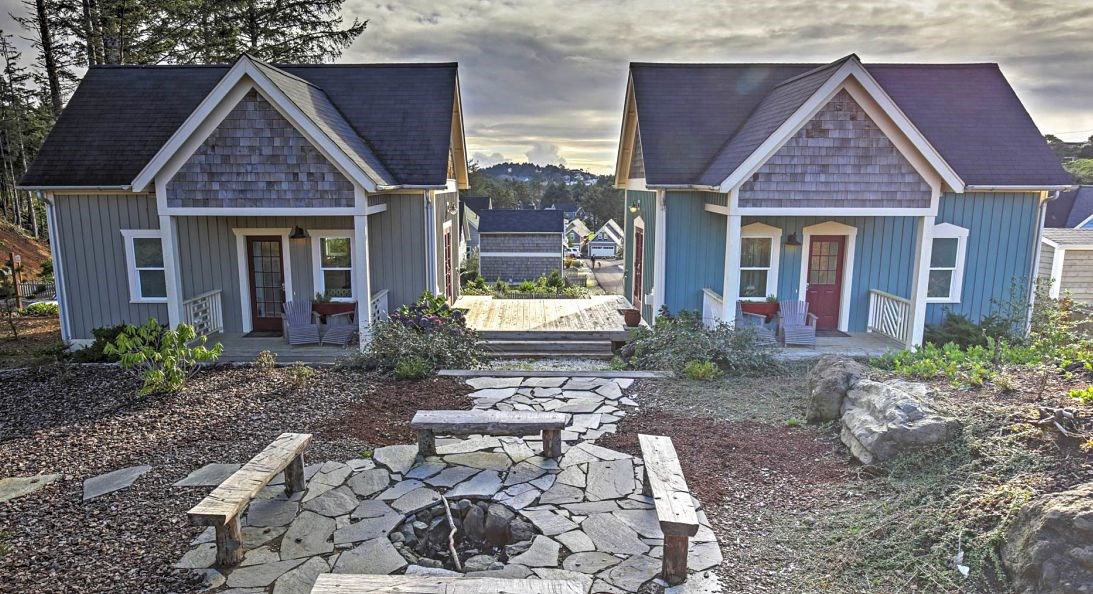 The Camp Cabins, By-the-Wind Sailor and By-the-Day Dreamer, are a legacy to our grandparents and father. Our grandparents owned a rhododendron and azalea nursery in Eugene. Our grandfather was an avid outdoorsman, building a redwood motor boat, building one of the very first pick-up truck camper to drive to Alaska to go hunting with our father, and taking up whitewater kayaking in his late sixties. Our father, Wally, loved sailing his wooden Lightning, and taught us both. They also encouraged us to follow our dreams, and loved hearing stories of our travels. In our early twenties our grandparents told us several times that we had taught them one of life's most important lessons: "Travel when you're young!" The names Wind Sailor and Day Dreamer were also given to remind guests to relax, have fun, and see where your trip takes you.

We invested our family money to create a family-friendly community-oriented beach retreat. We believe that nature is the best place to escape, and friendships deepen over marshmallows and sunsets. We want to create a place where memories become traditions, and you'll become our favorite guests. 🙂

We truly hope you’ll come to feel like the Camp Cabins are your own beach retreat. If you are looking for the best beach rentals Oregon Coast has to offer, contact us today!